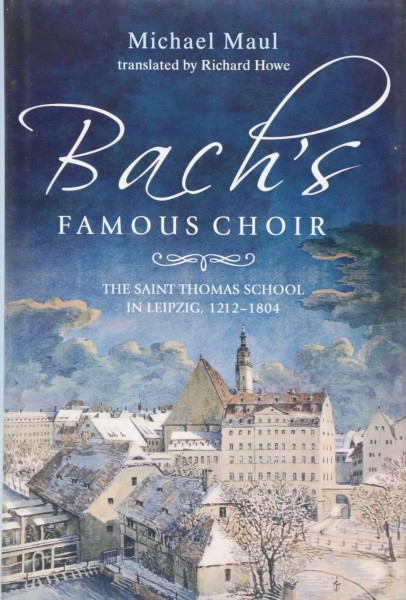 Beschreibung
Beschreibung
In the 17th and 18th centuries, the cantors of St Thomas’s School and Church in Leipzig could be... mehr
Menü schließen
Produktinformationen »Michael Maul: Bach's Famous Choir«

In the 17th and 18th centuries, the cantors of St Thomas’s School and Church in Leipzig could be counted among the most significant German composers of their times. But what attracted these artists – from Seth Calvisius to J.S. Bach to Johann Adam Hiller – to the music school and choir and inspired them to explore new repertoire of the highest standing? And how did the cantors influence the musical profile of the school – a profile that often became a bone of contention between the school and the town hall? The success of St Thomas’s School was not a foregone conclusion; its history is replete with challenges and setbacks as well as triumphs. The school was caught between the conflicting interests of enthusiastic mayors and townspeople, who wanted to showcase the city’s musical culture, and opposing parties, including jealous rectors and elitist sponsors, who argued for the traditional subordination of the cantorate to the school system.

Drawing on many new, recently discovered sources, Michael Maul explores the phenomenon of St Thomas’s School. He shows how cantors, local luminaries and municipal politicians overcame the school’s detractors to make it a remarkable success with a world-famous choir. Illuminating the social and political history of the cantorate and the musical life of an important German city, the book will be of interest to scholars of Baroque music and J.S. Bach, cultural historians, choral directors, and musicologists and artists studying historical performance practice.

Michael Maul is a senior scholar at the Leipzig Bach Archive and a lecturer in musicology at the universities of Leipzig and Halle. He is also the artistic director of the Leipzig Bach Festival.

Published in English by The Boydell Press (2018)
Hardcover, 464 pages